Dziadek do orzechów i inne przedmioty / A Nutcracker and Other Objects 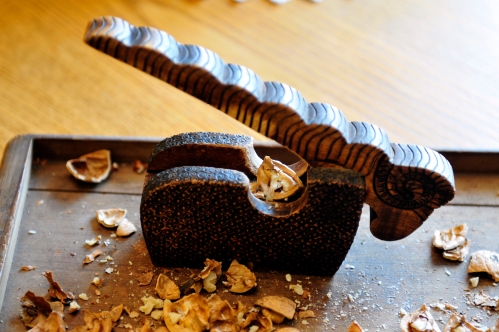 Inanimate objects are always correct and cannot, unfortunately, be reproached with anything […] Zbigniew Herbert (1924-1998) , Polish Poet.

[…] What kind of poet is Zbigniew Herbert? Is he difficult? Is he hard to follow, hard to scan, impossible to remember? Look at „Pebble,” the first poem of this selection, and decide for yourself.

What kind of poem is this, and what is it all about? About nature, perhaps? Perhaps. I, for one, though, think that if it is about nature, then it is about human nature. About its autonomy, about its resistance, about, if you will, its survival. In this sense it is a very Polish poem, considering that nation’s recent, more exactly, modem, history. And it is a very modern poem, because Polish history, one may say, is modern history in miniature—well, more exactly, in a pebble. Because whether you are a Pole or not, what history wants is to destroy you. The only way to survive, to endure its almost geological pressure, is to acquire the features of a pebble, including the false warmth once you find yourself in somebody’s hands. […]

The pebble
is a perfect creature

equal to itself
mindful of its limits

filled exactly
with a pebbly meaning

its ardour and coldness
are just and full of dignity

—Pebbles cannot be tamed
to the end they will look at us
with a calm and very clear eye.

From: The Wilson Quarterly

GREAT WRITERS WHO DIED IN 2012 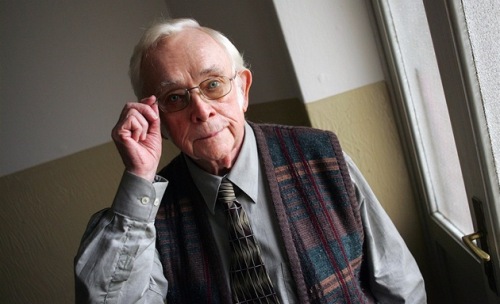 Škvorecký i Fuentes nie otrzymali literackiego Nobla. To nic nie znaczy. Będziemy ich czytać. /Škvorecký and Fuentes did not receive the Nobel Prize in Literature. It doesn’t matter. We will read them anyway.

Filed under Polecamy! / Recommended by us!